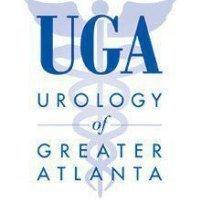 A vasectomy is among the most effective methods of birth control, with a nearly 100% effective rate in preventing pregnancy. If you no longer wish to have children, contact the top-rated urologists at Urology of Greater Atlanta, located in Metro Atlanta, to book a vasectomy consultation. Either call the office or schedule an appointment online.

What is a vasectomy?

A permanent method of birth control for men, a vasectomy ultimately prevents sperm from being released during ejaculation. The procedure does not affect the penis or sexual health but eliminates the possibility of pregnancy. There are two types of vasectomy procedures: incision and no-scalpel.

What happens during a traditional vasectomy?

During a vasectomy at Urology of Greater Atlanta, your scrotum will be cleaned and possibly shaved to allow easy access to the vas deferens.

Finally, your doctor closes the incisions with dissolvable stitches.

What happens during a no-scalpel vasectomy?

As the name suggests, this vasectomy procedure is done without making an incision. Instead, your doctor inserts a very small clamp into your scrotum, which clips the vas deferens much like the incision approach but without the hassle of stitches.

Both methods typically take 30 minutes with little or no complications.

How effective is a vasectomy in preventing pregnancy?

After a vasectomy, you're still able to ejaculate, but your semen doesn't contain any sperm, making pregnancy virtually impossible. Your testicles will still create sperm, but since their path has been stopped from the separation of the vas deferens, your body reabsorbs the sperm. With a 99% success rate, vasectomies continue to be one of the most effective forms of birth control.

It’s important to use alternative birth control methods until your sperm count has been tested and results in zero. If you’re certain having children is no longer an option, reach out to Urology of Greater Atlanta for a vasectomy consultation.